The great wildebeest migration spectacle is breathtaking and thousands of tourists visit Kenya to witness the phenomenon. Many tourists prefer to travel with different safaris and tour agents to catch a glimpse of the 8th wonder of the world. Tours and travel companies, such as Vespers Safaris, can help tourists with movement planning, booking, accommodation, and a tour guide to the various hotspots in which actually experience the great wildebeest migration marvels. Vespers Safaris is dedicated to ensuring that visitors get the best wildebeest migration experience by organizing their transport, accommodation, and providing reasonable rates that will keep clients coming back. The Sarova Mara Game Camp’s location is strategic to the migration corridor of the wildebeests. It offers a spectacular view of one of the important routes used by the wildebeests during their migration. However, as a tourist, worry not much since Vespers will take you around and ensure you visit the best places to view the migration. Contact Vespers Safaris now, via WhatsApp, email, or phone, to find out more about your tourist destination. Book with us now and we will offer you some of the best rates in the industry. We also assure you of the best travel experience with us. Contact us now to help you book the best accommodation of your choice that fits your budget, ranging from backpackers and midrange options to luxurious options. 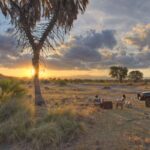 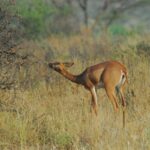 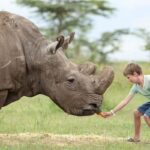 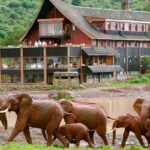 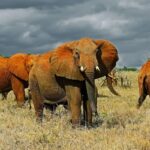